Few iPhone snaps Andy and I shot on the first group ride we’ve had in ages. 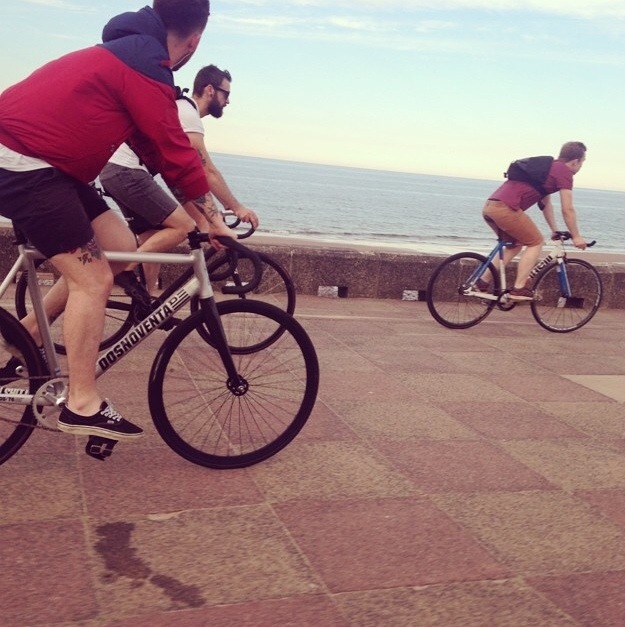 I’ve made a new group on Facebook to plan rides and hold discussions rather than the “like” page we currently have which has sat idle for long time.

We still use the Newcastle section on the LFGSS forum but I think (hope) a Facebook group will be more accessible, gain a bit more interest and get the fixed community back on their bikes.

It’s a “closed” group but anyone can join and get in on the discussions. Click the link below and get involved.

It’s been far too long since the last post on here. Here’s a new clip from some riders in Turku, Finland.

A Short Series of Photographs by Patrick Blundell

I recently helped out a good friend of mine with a uni project about cycling. Was very awkward and unnerving having a microphone in front of your face but I don’t think I did too badly even if it is a tad stuttery. That aside, Newcastle Fixed is still here, we’re just a bit crap at posting stuff.

You can see more of this series here,
http://www.youtube.com/user/paddybundy/videos

So the weather forecast was looking good for this weekend, we booked a hostel out in Kielder and planned a little fun, sun filled weekend trip since we had all been slack and not been riding much. A route of various art installations around the area was quickly developed and we were all looking forward to a nice laid back ride, potter around the forest and the pub in the evening for home made steak pie and a dog that hands you beer mats.

Unfortunately, as the weekend grew closer, the weather had other ideas and we ended up setting off in torrential downpour which didn’t stop for the majority of the day. 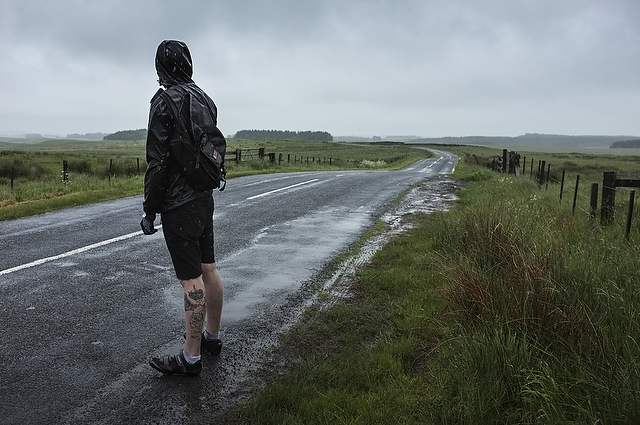 The strong wind and rain lashed against our demoralised faces relentlessly, the downhills were like uphills, and uphills were nearly impossible. We agreed to stop at the next village for lunch and as soon as we got there we found a cosy little hikers hut. We sat down for lunch, Mark buzzed over some GoGo’s he found on a windowsill and Alex smoked the entire time we were in there, which was about a week. 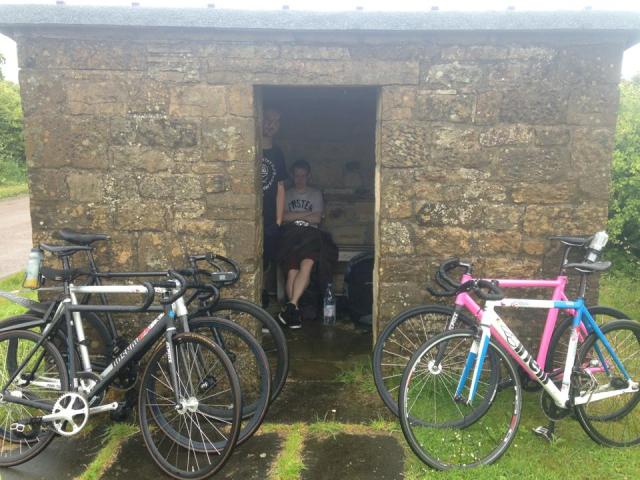 We pushed on through the hills, the rain, and the wind. Got some pretty nice views from the hilltops of the murky, typical English weather and had another break at the top of the last big climb. This was not the fun ‘lets do skids and take silly photos of sheep’ weekend I had hoped it would be. 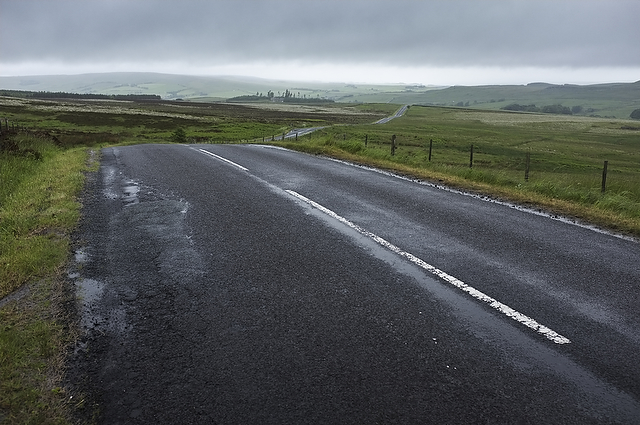 The rain subsided, and the wet roads slowly started to clear. We (I) took a wrong turn somewhere and we ended up taking a slightly different route, but it missed out a big downhill with a sharp turn at the bottom which seemed pretty terrifying to do in any conditions. Had a quick stop in the next village, which had a small supermarket for snacks and drinks and an angry bearded biker who made weird, fighting cat type noises at a passing driver. We pushed on and eventually made it to Kielder Reservoir and with a sigh of relief acknowledged that we were nearly there.

Or so we thought.

Another wrong turn lead us onto a harsh, uphill logging road. Since this lead us back onto the correct path which took us to the Janus Chairs and Giant Head, we decided to press on.

After what seemed like forever, a lot of complaining and fixing the inevitable puncture at a picturesque lake shore, we eventually found our way onto the correct path, which leads us to the big creepy head in the woods. Although it would have been nice to hang around the woods for a bit, after 5 or 10 minutes the midgies became relentless and we had to flee. Onwards to the hostel.

We arrived at the hostel, found our room and went straight to the pub. The steak and ale pie was amazing, albeit a tad expensive, and there was a scraggly looking dog with no beer mats. You can’t have it all I suppose. We purchased some take-home beers and explored a maze, then there were some childish antics on a small zipline before bed.

After a hellish night of screaming, crying banging kids running riot after their parents had seemingly drank themselves into a deaf coma, we arose. After a trip to the shop for supplies we set off for home. This was much better. Fast, dry downhills, with long bends and a slight tail wind. We covered twice as much distance per hour if not more, and had little to no problems. This was the type of riding we had expected from the start. 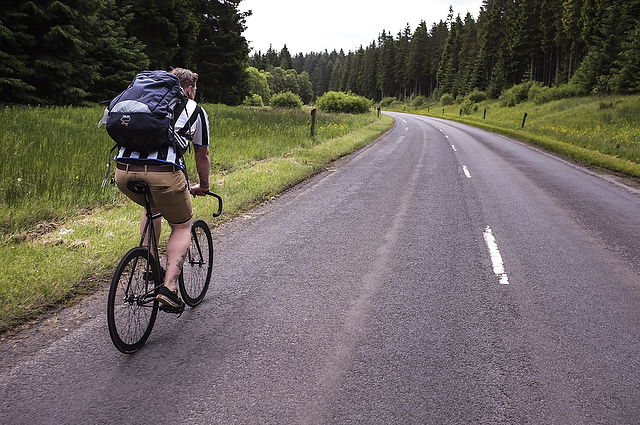 I managed to capture a bit of footage on the way, used the least shaky stuff to knock the small edit up below.

The sun was shining on Monday just gone and I luckily had the day booked off work. Myself and Alex headed down river to the coast and clocked up a nice 30 mile loop back into town for some cold beers in the sweltering heat. We did however have to walk a short while due to an old bridle path at Seaton Sluice being flooded and almost swallowing my front wheel (see photo below). Instead of turning back we braved the swamp and carried our bikes through. FIXED! 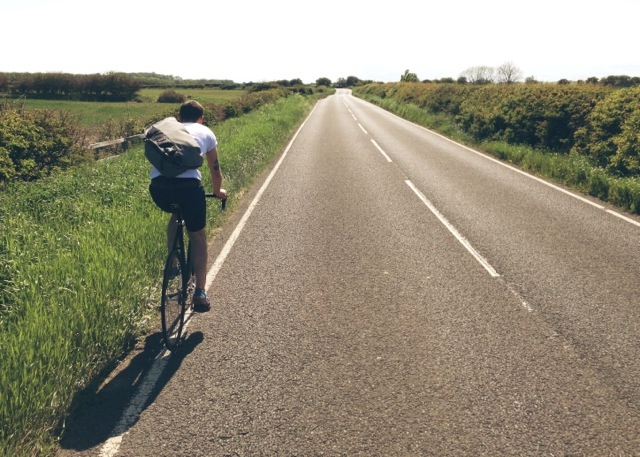 It’s been a long time since the last update on here. Newcastle Fixed is alive and well. Planning some riding trips out of town for the upcoming summer months and looking forward to plenty of miles in the saddle. 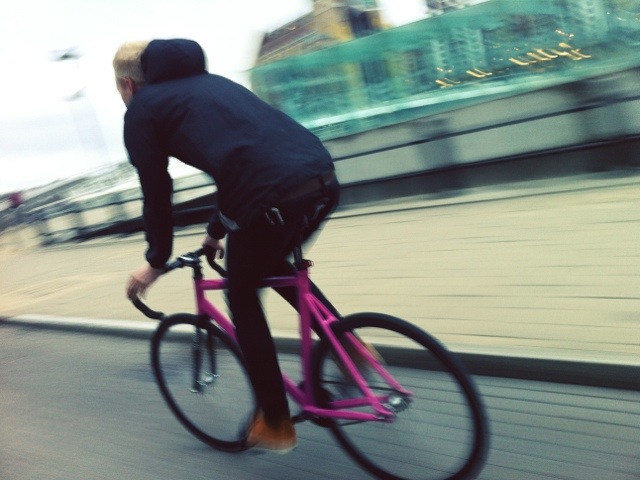 Last week we rode out to Ponteland and looped back round into the city centre racking up just under 30 miles. Still havent managed more than 10 people but at least the participation has been consistant throughout the weeks and more people are gaining interest.

New lad Davey shredded his tyre and Andy showed off his DIY mechanic skills by managing to fix it up using half an old credit card, a pound coin and some tape. Top boy! 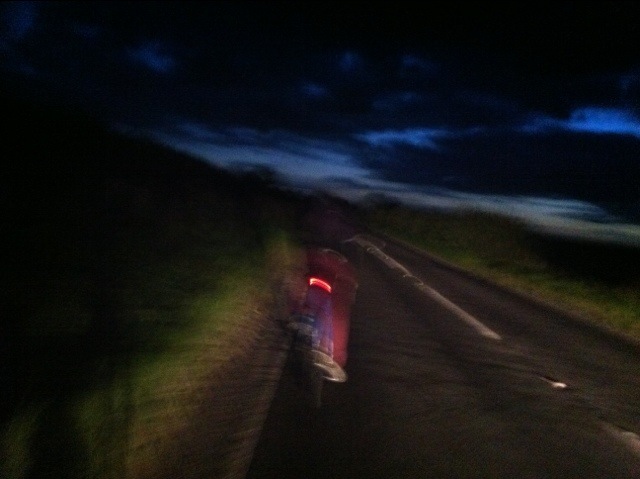 We aren’t planning on tonight being as intense, see you at the Tyne Bar.

Posted on September 5, 2012 by andythbrown 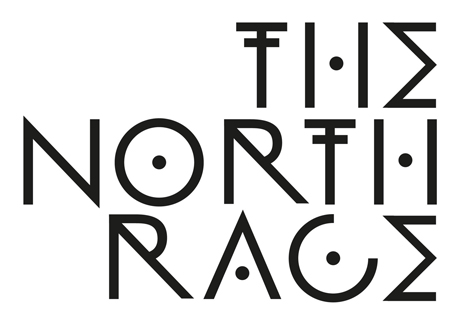 The nice lads over at The North Race have added a short Newcastle scene report to their site with some nice photos by Phil, head over there and check it out.